Donnie is a skilled martial artist but often puts more faith in his gadgets and machinery than the more traditional methods taught to him by Master Splinter. Donnie tends to clash with Leo over these “traditional methods”, as seen with Metalhead and later, the Turtle Mech.
Mutant Red-Eared Slider

In the City at War storyline, the turtles return to New York to put an end to the Foot Clan’s civil war. During a battle with Shredder’s Elite Guards in the ruins of the Second Time Around Shop, Donatello falls through the floor and breaks his leg. Seeing their ally Karai subdued and about to be killed, Donatello grabs one of the Foot’s machine guns and repeatedly shoots the Foot Elite. Donatello is visibly shaken by the violence and throws the gun away. At the end of the story the turtles, April and Casey move back to New York save for Donatello who chooses to stay in Northampton with Master Splinter to heal from his injury as well as reflect on everything that had happened. While meditating with Splinter, Donatello receives a vision of the future where he is in the village of Chihaya in Japan. When Donatello asks what he would be doing there, his master simply replies “To bury me”. After encountering the turtle vigilante ally Nobody in civilian guise he returns with him to New York to help his brothers battle Baxter Stockman.
This incarnation of Donatello appeared in the Turtles Forever crossover special voiced by Christopher C. Adams.

The Batman vs Teenage Mutant Ninja Turtles film features the meeting of Gotham’s Dark Knight and the Hamato Clan. The turtles track Shredder to Gotham City and encounter the Batman, only to be defeated by him. While regrouping and planning their next steps, Donatello manages to develop an algorithm that allows him to triangulate the position of Batman’s lair through sightings around Gotham. Donatello and his brothers then casually swim right into the Batcave, complete with Donatello pointing out a number of security vulnerabilities.
The Archie Comics TMNT series, Teenage Mutant Ninja Turtles Adventures was loosely based on the first animated series. During the “Black Hole Trilogy” (issues #48-50) the turtles travel through Dimension X. During an attack Donatello is abducted by a group of aliens known as the Sons of Silence. Donatello is able to communicate with them telepathically, and by the end of the arc, the smartest turtle also unlocks his mind to cosmic awareness. It doesn’t last past the arc, however. The Sons of Silence were manipulating the turtle for their own, mysterious ends. 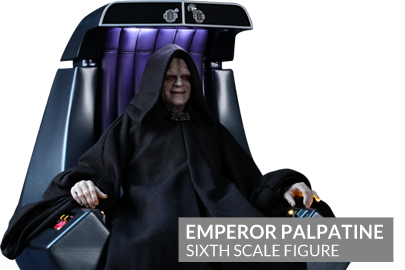 This dynamic statue captures the cartoony style of the iconic Teenage Mutant Ninja Turtles, complete with a vibrant paint scheme and sculpted muscles that bring this hero in a half-shell to life! The Donatello Statue features his signature purple bandana and arm bands along with a belt and buckle with his initial. Pair Donatello with the Raphael 1:4 Scale Statue from PCS Collectibles and bring home these butt-kicking bros to fight the Foot and other foes in your collection.
“I can’t keep fighting alien technology with a six-foot staff.”

Weapon: Bo Staff; Naginata; Grappling Hook; Smoke Bombs; Ninja Glider
In all four films, Donatello was just the brain needed at the exact right moment. His intellectual abilities weren’t played up too often, but came in handy for analyzing the ooze in the second film. However, in the live-action films, that was the only time his brain came in particularly handy (though that’s not surprising, when the purpose of the films was to showcase the ninja aspect of the turtles, and not much else).