The two central sculptural figures of the swooning nun and the angel with the spear derive from an episode described by Teresa of Avila, a mystical cloistered Discalced Carmelite reformer and nun, in her autobiography, The Life of Teresa of Jesus (1515–1582). Her experience of religious ecstasy in her encounter with the angel is described as follows:

Saint Teresa was a nun who was canonized (made a Saint by the Church) in part because of the spiritual visions she experienced. She lived during the middle of the sixteenth century in Spain—at the height of the Reformation. Saint Teresa wrote several books in which she described her visions. 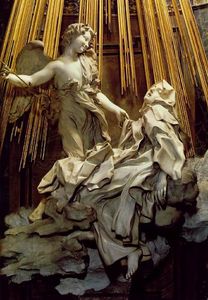 St. Theresa of Avila
The Ecstasy of Saint Theresa

In 1970, the Church gave her the title she had long held in the popular mind: Doctor of the Church. She and St. Catherine of Siena were the first women so honored.
Teresa was a woman “for others.” Though a contemplative, she spent much of her time and energy seeking to reform herself and the Carmelites, to lead them back to the full observance of the primitive Rule. She founded over a half-dozen new monasteries. She traveled, wrote, fought—always to renew, to reform. In her self, in her prayer, in her life, in her efforts to reform, in all the people she touched, she was a woman for others, a woman who inspired and gave life. 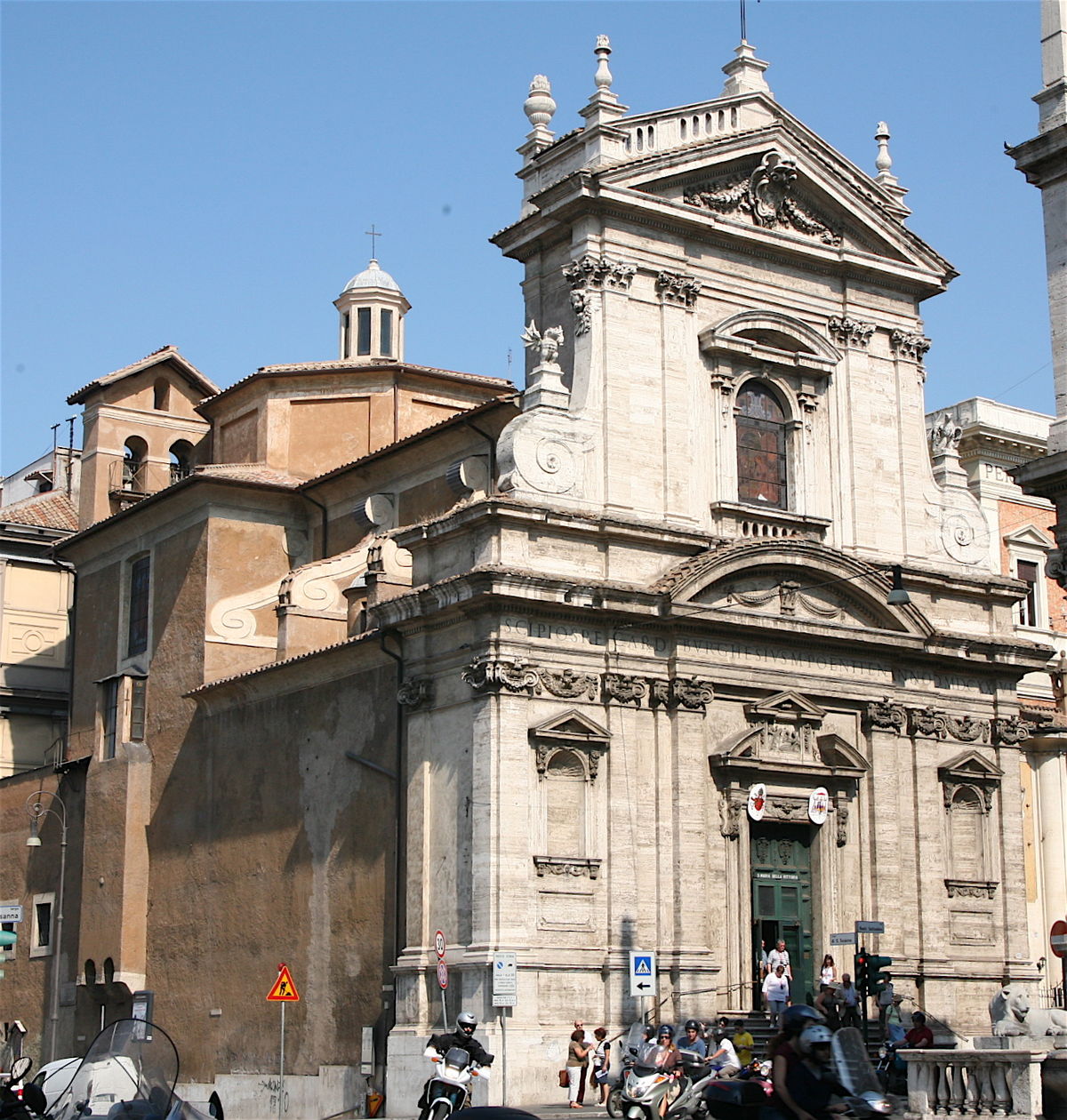 If you are planning to see an artwork, please keep in mind that while the art we cover is held in permanent collections, pieces are sometimes removed from display for renovation or traveling exhibitions.
We do our best to use images that are open source. If you feel we have used an image of yours inappropriately please let us know and we will fix it.