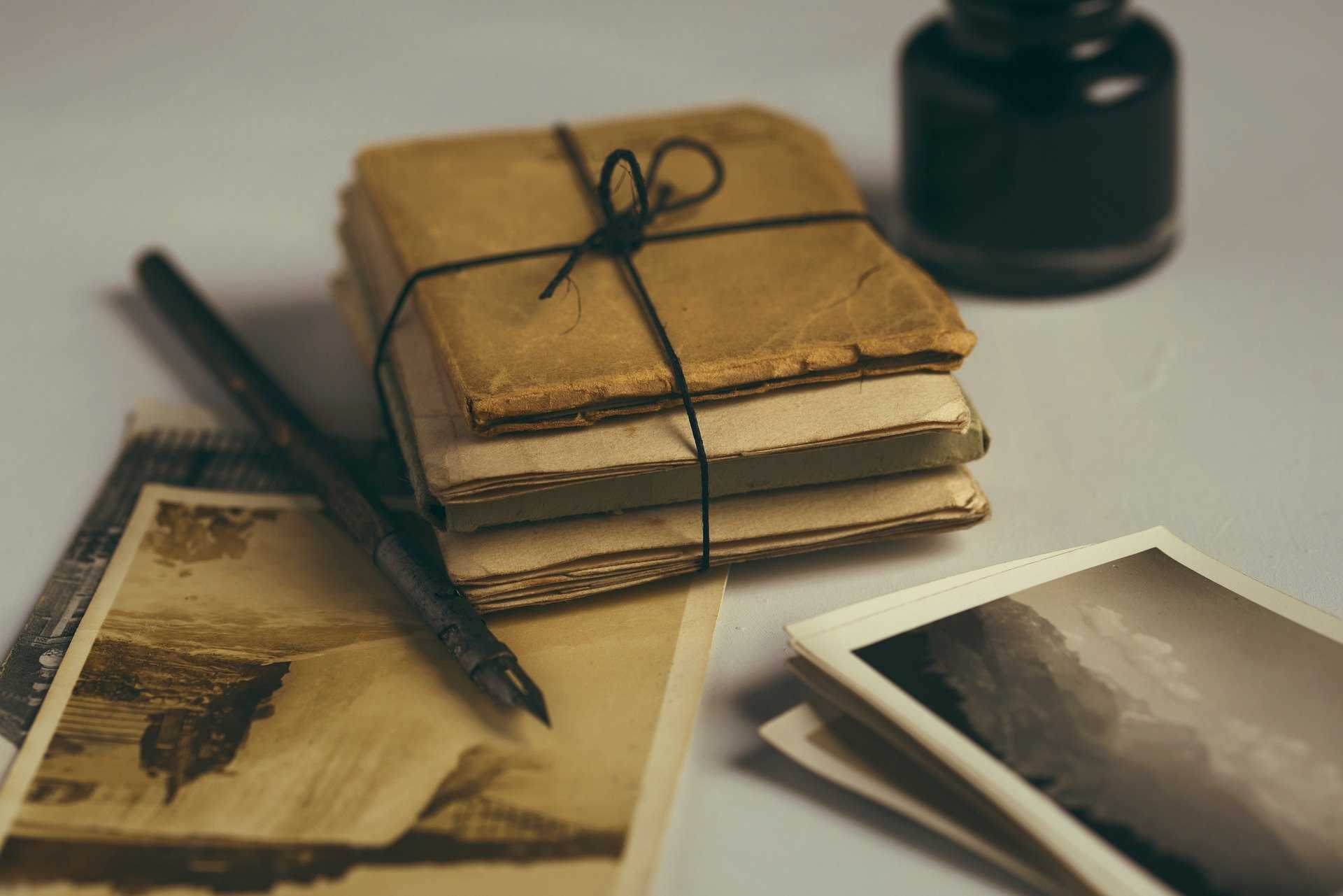 Nathaniel Philbrick, recipient of the National Book award for his historical maritime narrative In the Heart of the Sea: The Tragedy of the Whaleship Essex (Penguin), sat down with us recently to discuss his love for history and the incredible learning process of creating larger works of nonfiction. Fixtures of the New York Times Bestseller list, his books portray a variety of complex events in American history ranging from the trials and political intrigues of the Mayflower’s voyage to the New World to Custer’s legendary tragic defeat at the Battle of the Little Bighorn. The practical result of thorough research and skillful prose, Philbrick’s work has garnered praise from academics and history buffs alike while resurrecting landmark historical events and crafting authentic portrayals of our nation’s past.

Philbrick’s writing has appeared in numerous publications, including The New York Times’ Sunday Book Review, Vanity Fair and The Wall Street Journal. A father of two and former NCAA All-American sailor, Philbrick is also founding director of the Egan Institute of Maritime Studies. He currently resides in Nantucket, Massachusetts.

Do you have a personal, working definition of historical narrative, one that helps to keep you connected to your work?

I write nonfiction that tells a story. I have a personal interest in trying to figure out what happened in the past, particularly what life was like then, how it was lived, and I try to portray it in a journalistic sense. I’m trying to tell a story that is as historically correct as the documents can support, based on my own interpretations.

What compels you to revisit topics like the Battle of the Little Bighorn or the U.S. Exploring Expedition in the Pacific? These are incredibly complex events in American history.

I really like learning [laughs]. And I get bored easily. I’m fascinated by the process of research, which I came to relatively recently. I’m self-taught in that respect. I wasn’t a history major in college. I tackle ridiculously huge topics that I know pretty much nothing about in the beginning. I just immerse myself. I like to go where the story is, just like a journalist. Each book for me is like a chapter of my personal engagement with the history of America. I’m not following any kind of chronological order. I’m following the whims of what’s interesting to me now, which grows organically out of what I’ve done in the past. Again, I like to immerse myself in a topic, figure out the story and really do the best I can to make connections and touch all of the bases as far as the primary sources are concerned. And then I deliver it.

Once you have the topic in mind, and you’re certain that you want to devote your energy to completing a larger work of nonfiction, what happens next? Where do you even begin?

I have some kind of curiosity or angle that I start with. . . almost a hunch. I go somewhat blindly into these topics, but that’s what gets me going—the aspect of discovery. And I think I bring the perspective that my readers have, that I’m learning about this for the first time. What interests me, I think, is what interests the readers of my books. If you’re with a topic for decades, when it’s your life and you know everything about that topic, you become a little insensitive to the wow factor. And since I’m relatively new to each one of my topics, I get a lot of the wow factor—I’m part of that discovery process, too. But to get back to your question, I also keep a reading journal when I start a book. I spend a year reading. It’s all over the map, really, and I’m just trying to fill in the gaps, answer personal questions. It’s a log of what I find of interest, what surprises me. Once that year is over and I’ve come up with a structure for the book and I start working chapter by chapter, I go back to those logs and divide the information up. But inside those pages is where I find the wow stuff. And after a year I’m already becoming insensitive to it, but those pages provide me with a real guide, pages that really have some juice to them.

Several of your books’ topics are landmark American events—the voyage of the Mayflower and Custer’s defeat, for example—topics people learn in grade school. Have you ever been criticized for failing to cover more obscure, perhaps less “generic” topics?

I’m sure there are people who feel that way. I’m just following my interests. I have to say, when I cover something like Little Bighorn—and this applies to almost every one of my books—people will say, “Well, we all know about that, already.” Baloney. You don’t know everything about that topic. And most people who say, “Oh, why do we need another book about that?” are really speaking in relative ignorance of the topic. Just about every topic has much more there than what’s commonly known. And I think it’s more than that. . . I think it’s the perspective a writer brings. That’s the important thing.

So, when people are familiar with an historical event, like the Battle of the Little Bighorn, how do you make the re-creation of that event fresh and relevant?

It really comes back to the fact that when I’m putting a book together the material is still fresh for me. It’s kind of a kinetic research process. It’s about bringing a voice that comes from a different perspective. I’m not a Western historian. I’m a writer of nonfiction, and I have unique interests, like leadership and what people do under enormous stress. . . I’m interested in those kinds of elements of human behavior. That kind of perspective is important to bring to a topic that others have already looked at. Every book is a gamble. I’ve never taken my readership for granted. And I also just don’t like repeating myself. I try to go in directions that surprise me and hopefully surprise my readers as well.

When I contemplate larger works of historical narrative, like Barbara Tuchman’s Guns of August, for example, I wonder how an author achieves such effortless readability, especially when tackling an enormous historical event or personality. Your prose in particular enables the reader to delve into history without getting bogged down in dry minutia or petty academic sniping. Instead, history becomes a living, breathing entity. History becomes entertaining. What is the key to allowing readers to connect with history?

I don’t connect with anything unless it’s on an emotional level. I’m really trying to create a sense of the emotions in these stories, whether it’s anger, elation, etcetera. I’m trying to create a sense the human interactions that often get lost in the retelling of history. We lose a sense of who these people were, and I’m trying to get a bead on that. . . and I think that’s really important when it comes to writing a narrative. As you’re pulling all this together you have to make some judgments. I try to be objective and balanced, but you have to make some kinds of assessments, otherwise the material becomes mush.

Right. . . but when it comes to readability, I’ve always been interested in the written word. I spent a brief time as a poet, and I was an English major, so the writing process is very important to me. Also, I have an extensive note section in every one of my books, and I try to take the academic apparatus and provide it in a discursive way so that it’s readable while still including the sources. The sources are everything, and I find them endlessly fascinating, but that kind of discussion in the middle of a narrative can just kill it. But I also don’t want to ignore it, because I know there’s a real story there. Take the Last Stand—the notes go on forever, but I know a lot of my readers really enjoy having that information at hand.

So it’s a matter of balancing the research with portraying the narrative in a more fluid way.

Yes. And sometimes what you saw as the structure clearly isn’t going to be the structure. The readability is something that you hope is there, but any writer who’s worked on a book for a number of years knows that you can’t see the forest for the trees sometimes [laughs], and that’s where editors are great, and that’s where friends who read your work really come in handy. I read the first draft of every chapter to my wife after dinner while she does the dishes. And not only does she provide input, but just the act of reading out loud it is helpful.

What attracts you to history as opposed to other genres?

Well, I would’ve loved to become a great American novelist like everyone else, but I don’t have that kind of imagination. I can tell a story. . . I just can’t make it up. I’ve tried. But I’ve always been very curious about how things got the way they are. I didn’t write my first historical narrative until I was in my late thirties. It took me a while to find this calling. I was thirty-six when I began to write Away Offshore, which is about Nantucket. And that, for me, was like, “Wow. This is fun. This is working.” I think we’re all in search of a place where our voice works best.

During the President’s Lecture Series at Rowan University you mentioned that your connection to history began as a local interest. Can you explain that?

Well, I took relatively few history courses in school, although I had a very influential AP history teacher. But, really, it started in Nantucket. I thought, “How did this place become this place?” And that’s the attitude I’ve taken with all of my topics. Traveling to the actual locations is really important. It’s a visceral, emotional engagement with the locations, even though the places have changed. I really care about the topic in a way that makes it extremely emotionally draining when I’m finishing a book.

Has a book of yours ever miscarried? Is there a larger, unpublished work at home that will never see the light of day?

Well, there was a period when, while I was working on Away Offshore, I was tinkering with the idea of going back to grad school for English. During that time I wrote a huge article about Melville and Nantucket. This was during the early nineties. . . it included the whole Melville-Hawthorne relationship. The article never went anywhere, but this summer I got the opportunity to write a book that’s coming out next fall, called Why Read Moby Dick? And so I unearthed this seventy-page article with heavy footnotes, and it was very interesting to read that again while working on the new book. It was a really cathartic experience.

What exactly is the level of anxiety associated with seeing your name ascend the New York Times Bestseller List? Are there any expectations now that might be a hindrance to your next book?

It’s weird. There’s nothing more stressful than book publication. It’s exhilarating, too—that’s why we all do it. I try not to think about it too much, though. Before a book comes out I purposely try to focus on the work itself. It’s just great to have an audience, and I really respect my readership. I don’t have any master plan. You just don’t know what’s going to happen with each book. Just try to keep on keepin’ on. . .