Judith with the Head of Holofernes 1596 Oil on canvas, 120 x 94 cm Ringling Museum of Art, Sarasota
This work is in the public domain in its country of origin and other countries and areas where the copyright term is the author’s life plus 100 years or fewer. 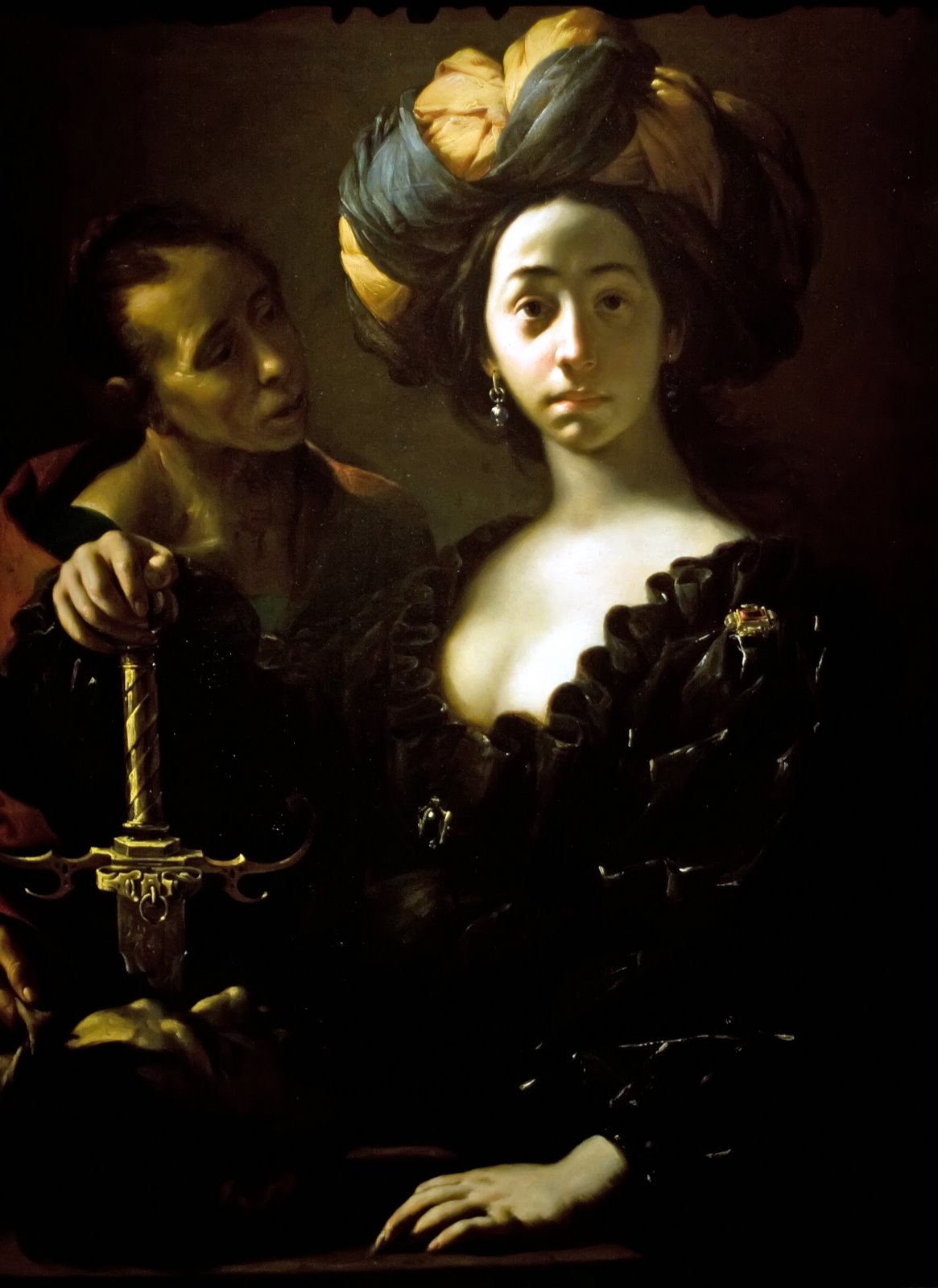 Her servant urges her in the background to hurry. Protecting her in the moment of shock and astonishment. Life so quick and unintentional. The dragon has been slain, and the victor relinquished from its wrath. What will now come of the murder? Will her conscious, as well as that of her helper, be able to keep such a secret?
An enthralling and captivating painting at the John and Mable Ringling Museum of Art concerns itself with one of art’s famous subjects in the most striking of ways.

Narrowing the exhibition’s focus to the two women allowed Libby to compare and contrast.
Two women of the Bible — Judith and Salome — were popular subjects for 16th- and 17th-century artists. Their gruesome stories of beheading powerful men made for lurid reading in the Bible and lurid viewing on the canvas.

The exhibition includes works from the 15th through 18th centuries, chronicling 400 years of artistic development.
The painting illustrates the moment St. Francis (1181-1226), founder of the Franciscan order of monks, saw a vision of a crucified seraph, who has imprinted on his body the stigmata — the wounds of Christ at his crucifixion.