Explanation of Other French Paintings
An important contributor to Neoclassical art, Ingres was strongly influenced by the High Renaissance painting of Raphael (1483-1520) and Titian (1485-1576), as well as the Baroque painting of classicist Nicolas Poussin (1594-1665). Thus Ingres may be said to represent the conservative strand of French painting, being primarily concerned with conserving and refining the classical traditions that were rediscovered during the Italian Renaissance. His career, however, belies such a tidy summary, being a jumble of contradictions. He was a master of drawing, yet some of his most famous figure painting is anatomically inaccurate; he was seen as the doyen of academic art, yet he was rejected by the French academy until the age of 44; his greatest ambition was to be recognized for his history painting, yet his strongest forte was portrait art and figure painting involving just a few figures; in his outlook and way of life he was conventionally bourgeois, yet according to the art critic Charles Baudelaire (1821-67) his best paintings show him to be highly sensual. In any event, his skill at painting was undeniable: at the age of 17 he joined the workshop of Jacques-Louis David (1748-1825), one of France’s greatest neoclassical artists, and at 21 he won the coveted Prix de Rome. His greatest masterpieces are now thought to include: The Valpincon Bather (1808); La Grande Odalisque (1814); Oedipus and the Sphinx (1808-27); Portrait of Monsieur Bertin (1832); The Turkish Bath (1863) – all in the Louvre – and Portrait of Madame Moitessier (1856, National Gallery, London).

Ingres actually returned to Neo-Classicism after having rejected the lessons of his teacher, David, and after having laid the foundation for the emotive expressiveness of Romanticism, the new style of Gericault and the young Delacroix that Ingres would eventually defend against. Ingres’ early Romantic tendencies can be seen most famously in his painting, La Grande Odalisque of 1814.
Here a languid nude is set in a sumptuous interior. At first glance this nude seems to follow in the tradition of the Great Venetian masters, see for instance, Titian’s Venus of Urbino of 1538. But upon closer examination, it becomes clear that this is no classical setting.

Grande Odalisque, also known as Une Odalisque or La Grande Odalisque, is an oil painting of 1814 by Jean Auguste Dominique Ingres depicting an odalisque, or concubine. Ingres’ contemporaries considered the work to signify Ingres’ break from Neoclassicism, indicating a shift toward exotic Romanticism.
Ingres portrays a concubine in languid pose as seen from behind with distorted proportions. The small head, elongated limbs, and cool color scheme all reveal influences from Mannerists such as Parmigianino, [3] whose Madonna with the Long Neck was also famous for anatomical distortion.

Department of Paintings: French painting
Caroline Murat (1782-1839), Napoleon’s sister and the queen of Naples, commissioned this painting in 1813. It was probably a matching piece to another nude, La Dormeuse de Naples, destroyed in 1815. La Grande Odalisque was painted in Rome, where Ingres had arrived in 1806 to complete a fellowship at the Académie de France. The artist remained in Italy until 1824 because his art was unpopular in Paris. The works he exhibited at the Salon of 1806 (Caroline Rivière and Madame Rivière, Louvre), and the paintings he sent from Rome (The Valpinçon Bather, and Oedipus and the Sphinx, Louvre) were criticized. The exhibition of La Grande Odalisque at the Salon of 1819 confirmed that the critics didn’t understand Ingres’s style. They admonished him for disregarding anatomical reality, which set him apart from his teacher, Jacques Louis David (1748-1825). 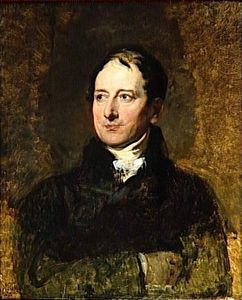 David left the work unfinished after finding out Juliette Récamier also commissioned François Gérard to paint a portrait of the same model before him.
Jean Auguste Dominique Ingres