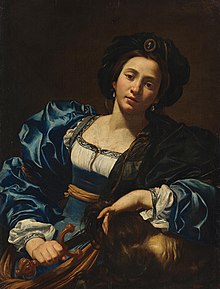 Nebuchadnezzar, claimed here to be the king of Nineveh and Assyria. He is so proud that he wants to affirm his strength as a sort of divine power. Holofernes, his Turtan (commanding general), is ordered to take revenge on those who refused to ally themselves with him.
Reasons for its exclusion include the lateness of its composition, possible Greek origin, open support of the Hasmonean dynasty (to which the early rabbinate was opposed), and perhaps the brash and seductive character of Judith herself. [7]

Judith is a pious Hebrew woman, but she is also a beautiful and dangerous enchantress who infiltrates the palace of the Assyrian enemy, seduces the powerful general Holofernes and beheads him. The Agony of Judith tells this cruel story of Eros and Thanatos in an intimate and very intriguing way, using fragments of medieval disputationes from the Glagolitic tradition (also known as “agonies”), which alternate with the main story. These interpolated episodes allow us to leave the main action for a moment and hear what is happening inside the characters’ minds: just as Holofernes’ head separates from his body, his thoughts also “separate” into a very lucid dialogue between his body and his soul which happens in the moment of drunken sleep, before his death. A different inner dialogue – between Judith’s mind and her soul – occurs in the head of the heroine as she prays to God to help her kill the enemy who is in love with her.
The biblical story of Judith, a Bethulian widow who kills the enemy Holofernes to liberate her people, became a cornerstone of medieval Croatian literature, set in verses by Marko Marulić, Dalmatian poet of the 16th century. Written in Croatian, in the way of old traditional Glagolitic poets, this story is one of the few texts that Marulić wrote in his mother tongue, probably intended for a female audience which generally wasn’t familiar with the Latin language. The Judith Table,
from Judy Chicago’s The Dinner Party
Artemisia Gentileschi, ‘Judith and her Maidservant with the head of Holofernest’, 1613-14

Judith with the head of Holofernes by Carlo Francesco Nuvolone, second half of 17th century.
As we are getting ready for our upcoming exhibition Lighting the World: Menorahs Around the Globe, we cannot help but notice the depiction of a female heroine on so many of these menorahs. As we pour over research on international Hanukah customs, and sort through the diverse pieces that will appear in this show, female figures continue to appear. Some hold a sword; some even hold a human head. This led us to wonder, who exactly was this women? And why is she found on so many menorahs?

Heroines are not lacking in Scripture. In addition to others whom we meet in the various texts, whole books of the Old Testament are devoted to Ruth, Judith and Esther. Eve too is a heroine in her own way, as of course is Mary. In this series on the books of the Bible, it is time for a look at the two women highlighted during the post-exilic (Second Temple) period, Judith and Esther. They are thought to be largely fictional exemplars set against a historical background of serious danger to Israel.
Judith promises to go in and out of the camp to check on things, returning to Holofernes to tell him when the Jews are vulnerable because they have committed these sins.