the ecstasy of saint teresa band

1999’s In Dust 3 featured Muchow and the actress Kateřina Winterová on 11 tracks of laptop-pop and post rock ambience. As opposed to the pastoral feel and dubby continuous mix of Free-D, this album consisted of pop songs voiced by actress-singer Winterová backed by the electro-acoustic soundscapes of Muchow. This downtempo sample-infused style was further pursued on 2003’s Slowthinking album released with an accompanying Fastmoving/Slowthinking DVD featuring the single I’m (Not Really) Optimistic. [ citation needed ]
From there, the band moved into ambient and techno influenced soundscapes as evidenced by their 1993 album Free-D produced with Guy Fixsen. [ citation needed ] Free-D marked the end of the original line-up and something of a hiatus for the band releasing only the 1994 remix EP AstralaVista in the following six years.

Free-D was released in February, 1994. Philip Glass contacted the label to announce that he was a fan, and Muchow proudly boasts of “getting letters from all over the planet: Alaska, Thailand and Mexico”. Generally, however, reactions to the album were mixed: “Some critics found it a bit too esoteric,” Mulrain confesses, “while others felt that it was quite innovative”. Predictably, radio proved unreceptive.
It proved a hard task to organise – Czechoslovakia wasn’t a member of the European Union, so there was plenty to arrange – but in January 1993 the band arrived in London. They stayed in a small village outside London with parents of their sound engineer Colin Stuart, who they’d met after he moved to Prague. Gregar and Muchow were stationed in a freezing, unheated caravan outside. 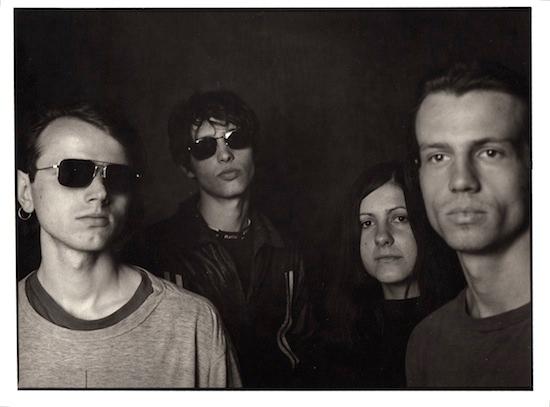 1. Recorded 1993-01-24. First broadcast 26 February 1993. Repeated 11 June 1993.
(The following list was compiled only from the database of this site and Lorcan’s Tracklistings Archive. Please add more information if known.)

Jan Muchow, the main driving force behind the band, is now a much-sought-after producer and re-mixer. He has also been successful as a writer of music for film and theatre. His soundtrack for the film Samotáři (Loners) became a cult classic for a whole generation of listeners, while his musical rendering of Shakespeare’s A Midsummer Night’s Dream also attracted much deserved attention. Kateřina Winterová, who is also a member of the National Theatre Company, makes up the other half of the band.
ECSTASY OF ST. THERESA are an exceptional band. In their own unique way, they have always attempted to find their own sound and expression with which they have jointly dictated the direction of alternative music in their homeland of the Czech Republic. The band’s cult status there was primarily acquired through strong, emotional music that was open to various influences. From the charm of their original indie guitar sound (imagine a prototype Mogwai) they have now evolved into a group producing distinctive, instinctive electronic music that spans the musical spectrum.